I have to say it, I’m a flawed human being. As various people know, particularly Neil Brown, Alan O’Donohoe and Reena Pau who have been on the end of some of my grumbling, a lot of my motivation for new projects comes from the potential to have a positive impact on others.

Since I started blogging last year I have published a lot of resources. I have given away free booklets, worksheets and code solutions for teaching AS Computing, learning HTML, CSS and jQuery, PHP, various programming projects and numerous other smaller things on my blog. These took me absolutely HOURS to create and I have of course used all of them in my own teaching, but I could probably have charged money for some of them. I’m not being big-headed – I’ve certainly bought worse resources, put it that way. I’m also writing a complete A2 workbook which I’ll probably publish too when it’s finished, because I’m basically a sucker.

I helped at YRS 2012 this summer which I enjoyed immensely and found very worthwhile, even though it cost me a fair bit of money to attend. I’ve been involved with a lot of CAS activities from attending the working group meeting to contributing to the newsletter, writing on the forums and helping other members. I was appointed as a CAS Master Teacher and I will shortly be running some CPD sessions for teachers in my local area.

I also started the CAS #include this summer to promote diversity in Computing and we now have a great group of people helping out. Various companies, universities and individuals have kindly volunteered to run workshops at the hack day we are holding on June 15th 2013 which I’m organising (on my own). We are also hoping to hold a launch party, produce a pack of materials and curate our website and Wiki into an excellent resource for teachers.

So yeah – I do all this stuff and yet…nobody has a clue who I am. 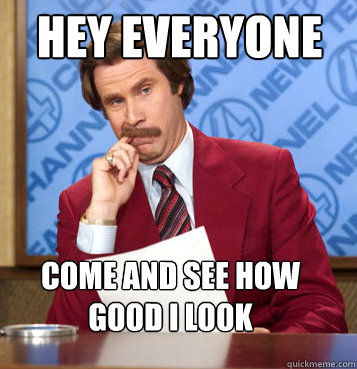 I’m not saying that I do things solely for recognition – of course I don’t. I created my resources because I needed them, I went to YRS and contributed to CAS because I wanted to. However, I did hope that as a side effect of the huge amount of effort I’ve put in, I would gain some recognition amongst the Computing education community, and perhaps someone would respect me enough to ask me to speak at something, write about something, run a workshop etc. There have been *some* nice things (e.g. nice comments on the resources on the CAS site/Twitter) but every time I expend effort and this doesn’t happen, I feel crushed and wonder why I’m bothering to bust my ass to do this stuff as well as my day job for no reward. (That’s when Neil/Alan/Reena dusts me off and says “keep going”.)

I have to admit that I am terrible at self promotion. I was reading this article by Athene Donald and thinking “that’s me” – I have never been any good at talking about my achievements and I have no idea how to go about saying “HEY! Look at me, I’m doing cool stuff and you should take notice!” without sounding like (to me) a big headed b*tch or a self-pitying harpy screeching “please LIKE ME”. (You may be rolling your eyes at this post thinking one or both of those things right now 😉 )

There is plenty of talk of women not being on company directors boards and not being comfortable in Computing careers. Maybe in order to create more successful girls we should also be showing them that it’s OK to ‘brag’ about what they do and how to go about it the right way to get their achievements noticed?

7 thoughts on “HEY! Self promotion online”